Schizophrenia is a chronic, severe & disabling brain disorder that has affected people throughout history. Although not lethal, it is worse than AIDS or cancer. People with the disorder complain of fearfulness, suspiciousness or hear voices other people don't hear.

They may believe other people are planning to harm, conspiring against, reading their minds, controlling their thoughts, or plotting to kill them. This can terrify people with the illness and make them withdrawn or extremely agitated. People with schizophrenia may not make sense when they talk.

They may sit for hours without moving or talking. Some use to talk or mutter when no one is with them. Sometimes people with schizophrenia seem perfectly fine until they talk about what they are really thinking.

When to suspect Schizophrenia ?

It can be difficult to diagnose schizophrenia in teens. This is because the first signs can include subtle behavioral changes like a change of friends, a drop in grades, sleep problems, and irritability - behaviors that are common among teens. A combination of factors can predict schizophrenia in up to 80% of youth who are at high risk of developing the illness. These factors include isolating oneself and withdrawing from others, an increase in unusual thoughts and suspiciousness and a family history of psychosis. In young people who develop the disease, this stage of the disorder is called the "prodromal" period.

The symptoms of schizophrenia fall into three broad categories:

Positive symptoms are psychotic behaviors not seen in healthy people. People with positive symptoms often "lose touch" with reality. These symptoms can come and go. Sometimes they are severe and at other times hardly noticeable, depending on whether the individual is receiving treatment. They include the following :


1). Hallucinations are things a person sees, hears, smells, or feels that no one else can see, hear, smell, or feel. "Voices" are the most common type of hallucination in schizophrenia. Many people with the disorder hear voices. The voices may talk to the person about his or her behavior, order the person to do things, or warn the person of danger. Sometimes the voices talk to each other. People with schizophrenia may hear voices for a long time before family and friends notice the problem. Other types of hallucinations include seeing people or objects that are not there, smelling odors that no one else detects, and feeling things like invisible fingers touching their bodies when no one is near

2). Delusions are false beliefs that are not part of the person's culture and do not change. The person believes delusions even after other people prove that the beliefs are not true or logical. People with schizophrenia can have delusions that seem bizarre, such as believing that neighbors can control their behavior with magnetic waves. They may also believe that people on television are directing special messages to them, or that radio stations are broadcasting their thoughts aloud to others. Sometimes they believe they are someone else, such as a famous historical figure. They may have paranoid delusions and believe that others are trying to harm them, such as by cheating, harassing, poisoning, spying on, or plotting against them or the people they care about. These beliefs are called "delusions of persecution.

3). Thought disorders are unusual or dysfunctional ways of thinking. One form of thought disorder is called "disorganized thinking." This is when a person has trouble organizing his or her thoughts or connecting them logically. They may talk in a garbled way that is hard to understand. Another form is called "thought blocking." This is when a person stops speaking abruptly in the middle of a thought. When asked why he or she stopped talking, the person may say that it felt as if the thought had been taken out of his or her head. Finally, a person with a thought disorder might make up meaningless words, or "neologisms."

4). Movement disorders may appear as agitated body movements. A person with a movement disorder may repeat certain motions over and over. In the other extreme, a person may become catatonic. Catatonia is a state in which a person does not move and does not respond to others. Catatonia is rare today, but it was more common when treatment for schizophrenia was not available. 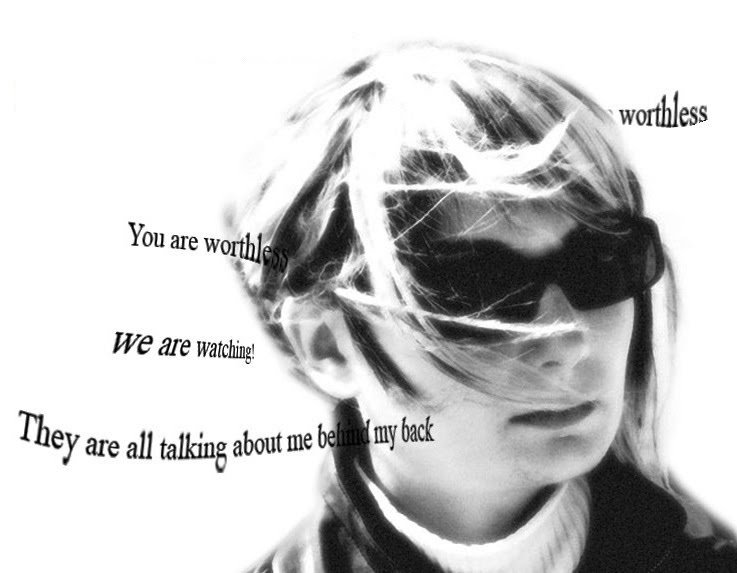 Negative symptoms are associated with disruptions to normal emotions and behaviors. These symptoms are harder to recognize as part of the disorder and can be mistaken for depression or other conditions. Also, these symptoms type are hard to control with medication or psychotherapy

Prominent negative symptoms in schizophrenia can include:

1). Social withdrawal ( Remaining in isolation i.e. away from group of people or family members )

2). Self absorbed ( Absence of any interaction, interest & concern with surrounding activities )

3). Flat affect ( Absence of any emotions according to prevailing & changing scenario )

5). Avolition ( Lack of ability to begin and sustain planned activities )

6). Mutism ( Speaking little, even when forced to interact )

People with prominent negative symptoms need help with everyday tasks. They often neglect basic personal hygiene. Even after being repetitively asked to do something, even to perform ADL ("activities of daily living" like taking bath daily, shaving, cleaning cloths they tend to withdraw into their autistic fantasy world. This may make them seem lazy or unwilling to help themselves, but the problems are symptoms caused by the schizophrenia.

Cognitive symptoms include the following:

1). Poor "executive functioning" (the ability to understand information and use it to make decisions)

3). Problems with "working memory" (the ability to use information immediately after learning it).

4). Cognitive symptoms often make it hard to lead a normal life and earn a living. They can cause great emotional distress. 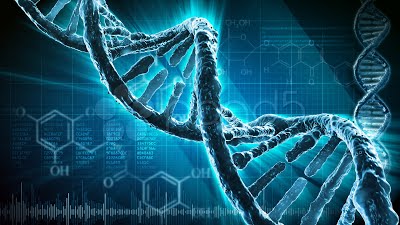 Genes and environment. . Scientists have long known that schizophrenia runs in families. The illness occurs in 10 percent of people who have a first-degree relative with the disorder, such as a parent, brother, or sister. We inherit our genes from both parents.

Other recent studies suggest interactions between genes and the environment are necessary for schizophrenia to develop. Many environmental factors may be involved, such as exposure to viruses or malnutrition before birth, problems during birth, and other not yet known psychosocial factors.

Different brain chemistry and structure. . Research indicates that the brain neurotransmitters dopamine and glutamate, and possibly others, plays a role in schizophrenia. Neurotransmitters are substances that allow brain cells to communicate with each other.

Scientists have learned a lot about schizophrenia, but more research is needed to help explain how it develops

What treatments options are available? 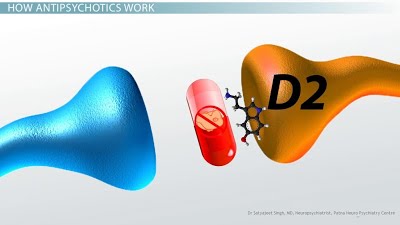 Because the causes of schizophrenia are still unknown, treatments focus on eliminating the symptoms of the disease. Treatments include antipsychotic medications and various psychosocial treatments.

Antipsychotic medications have been available since the mid-1950's. The older types are called conventional or "typical" antipsychotics. Some of the more commonly used typical medications include: 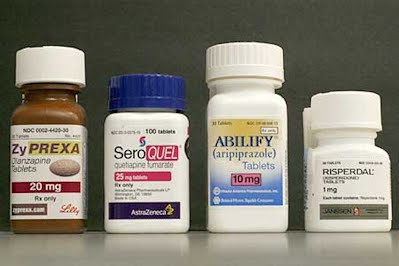 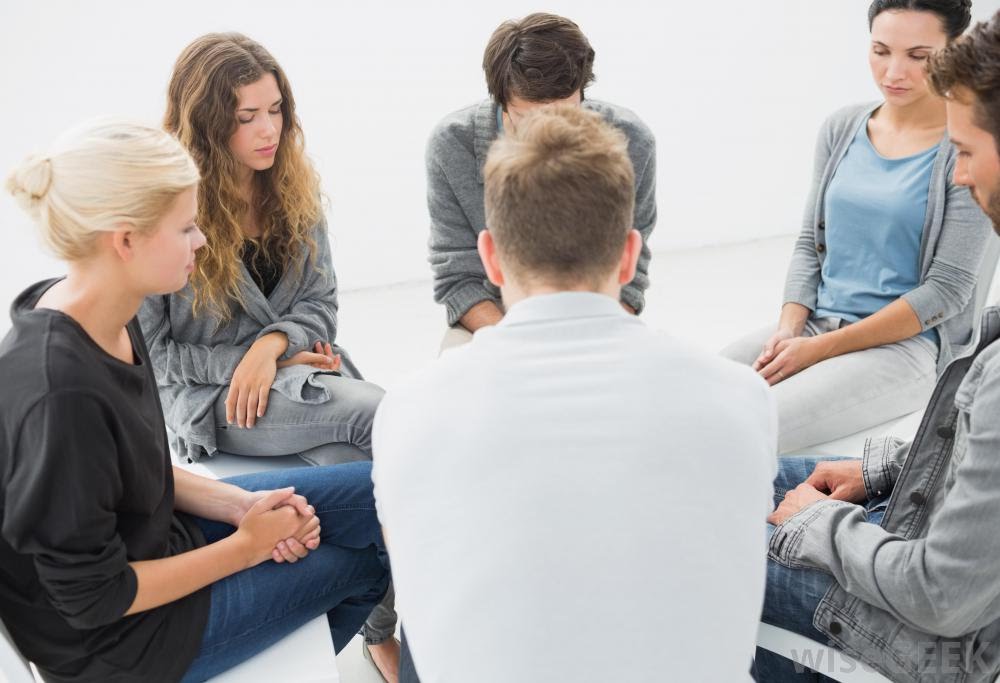 Psycho-social treatments can help people with schizophrenia who are already stabilized on anti psychotic medication. Psycho-social treatments help these patients deal with the everyday challenges of the illness, such as difficulty with communication, self-care, work, and forming and keeping relationships. Learning and using coping mechanisms to address these problems allow people with schizophrenia to socialize and attend school and work.

Patients who receive regular psycho-social treatment also are more likely to keep taking their medication, and they are less likely to have relapses or be hospitalized. A therapist can help patients better understand and adjust to living with schizophrenia. Illness management skills. People with schizophrenia can take an active role in managing their own illness. Once patients learn basic facts about schizophrenia and its treatment, they can make informed decisions about their care. If they know how to watch for the early warning signs of relapse and make a plan to respond, patients can learn to prevent relapses. Patients can also use coping skills to deal with persistent symptoms.

Integrated treatment for co-occurring substance abuse. People with schizophrenia can take an active role in managing their own illness. Once patients learn basic facts about schizophrenia and its treatment, they can make informed decisions about their care. If they know how to watch for the early warning signs of relapse and make a plan to respond, patients can learn to prevent relapses. Patients can also use coping skills to deal with persistent symptoms.

Rehabilitation. Rehabilitation emphasizes social and vocational training to help people with schizophrenia function better in their communities. Rehabilitation programs can include job counselling and training, money management counselling, help in learning to use public transportation, and opportunities to practice communication skills. Rehabilitation programs work well when they include both job training and specific therapy designed to improve cognitive or thinking skills. Programs like this help patients hold jobs, remember important details, and improve their functioning.


Cognitive behavioural therapy. CBT helps patients with symptoms that do not go away even when they take medication. The therapist teaches people with schizophrenia how to test the reality of their thoughts and perceptions, how to "not listen" to their voices, and how to manage their symptoms overall. CBT can help reduce the severity of symptoms and reduce the risk of relapse.


Family education. It is important that family members know as much as possible about the disease. With the help of a counsellor, family members can learn coping strategies and problem-solving skills. In this way the family can help make sure their loved one sticks with treatment and stays on his or her medication. Families should learn where to find outpatient and family services.


Self-help groups. In self-help groups, members support and comfort each other. People in self-help groups know that others are facing the same problems, which can help everyone feel less isolated. The networking that takes place in self-help groups can also prompt families to work together to advocate for research and more hospital and community treatment programs. Also, groups may be able to draw public attention to the discrimination many people with mental illnesses face.

Last And Not The Least, A Short Film On Schizophrenia In Indian Scenario

Auditory Hallucination In Schizophrenia Are Real Perception For Sufferer